Google Camera app is one of, if not the best third party camera apps for Android phones. Well, annoyingly, it was. Until, Google decided to make the app available only for devices manufactured by them.

Google’s Camera App launched on 16th of April, 2016 with support of devices running Android Kitkat 4.4 or higher. And in some years, as we told you it was only available for Pixel devices. But users have always ranted about getting Gcam on non-pixel phones on forums to community pages. Users still want the GCam for their phones because of its infamous image processing algorithms. Well there is a way, but we do need to remind you, an unofficial one.

Developers have managed to bypass Google’s API to bring the GCam to many other devices for a long time. These unofficial versions also bring some new modern features to older Pixel phones. Once again, developers have shown their magic and have released the Google Camera for the Vivo Y20a. 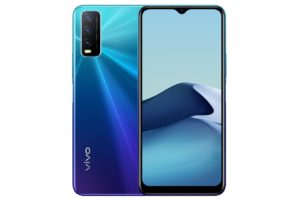 Vivo’s Y20a is the company’s latest addition to their budget line of phones. Well, on paper it sounds a well rounded bang for buck with a 6.5″ 720p display and 5000mAh battery any more. The phones has a triple camera setup on the rear with 13+2+2 megapixel sensors. On the front, it has a 8 megapixel selfie shooter. The Vivo Y20a runs FunTouch OS 11 which is based on Android 11. It was launched in Nebula Blue and Dawn White colours at the price of Rs.11,490 INR.
Well, back to the topic of GCam, Google Camera 7.4 version for Vivo Y20a has been released. It brings features such as time lapse, portrait mode. etc. to the Y20a.