One of the biggest patches in recent times has landed at our foot! Valve just made balance changes to every hero in the game, significant buffs and nerfs to over 100 heroes at once. The Dota 2 meta is about to shift drastically from a 10-25 mins power spike heroes to something we are not sure of. Rather than covering the full patch notes, we decided to analyze the winners and losers of 7.27b. We compiled opinions and analysis of experts to make a judgment of the best buffs and nerfs that will affect your pub meta from today! You can read the official patch notes here. 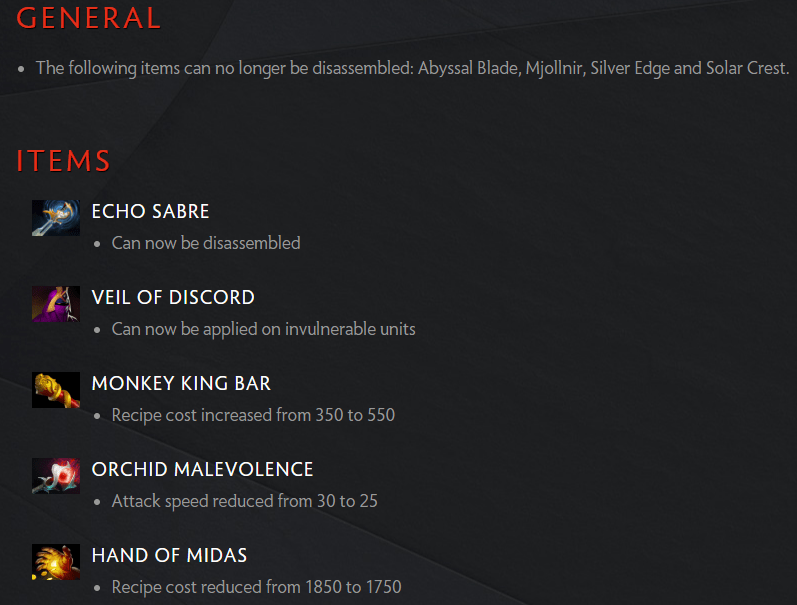 With Valve rescinding a lot of the reworks applied over 2 years, a lot of the heroes are going back in time. Some of them get stronger from that but others significantly suffer.

This means that Wraith King does not have any bonus 30+ damage from his W passive, this change messes up his early timing of farming neutrals and getting larger items like radiance. Though there is a significant buff to his lifesteal, it might not account for the damage reduced.

Another hero that ran rampant in the last patch especially in pubs. It was auto picked or banned in every game. He had everything going good for him, strong lane, mobility, status resistance, damage, quick Roshan killer. There was a surety to this nerf.

A significant nerf to Earthshock now changes his farming patterns and dumps his ability to dominate early. Now it does not make sense to max out earthshock because of the cooldown and increase & the slow decrease too. It makes it easier for Ursa to again be kiteable.

Clinkz has gone back to the old ways now. We think this rework is a buff to the overall strength of Clinkz. Though the permanent damage was strong, he now gets a half scepter ability at level 10 talent. Strafe changes to its old strong self. The hero also gets a good intelligence gain buff to negate the mana issues in early to mid-game. Here is the opinion of our very own EG. Crit-

Reverting a complex hero into simplicity, awful change, im usually behind patch decisions but this is on level with the Io changes back in the day for me. Sadge

The problem with CK was that he didn’t scale, his illusions did hardly enough damage to matter because of chaos strike cooldown.

Now that chaos strike is proc based and phantasm is reverted back to the original state, it makes him scale up with attack speed. 75-second cooldown on Phantasm allows him to farm early with it too. Even in the late game, this gives enemies a lesser window to dominate the map! Huge buff to our boi Chaos Knight.

The level 15 talent change with increased movespeed can be an important factor with Drow.

The three most overused carries got the biggest nerfs from Valve. Spectre was last on the list.

This is not as simple as a buff or a nerf though. We think his overall team fighting capability is reduced. Haunt earlier used to cause chaos in fights due to a lack of vision for enemies. Now desolate has more damage, lesser area, and no vision reduction. Let’s see how players adapt to this. Spectre might just still be very good.

Hero Watch List of Minor buffs and nerfs this Patch

Stable MIUI 12 for POCO F1 will arrive in August