Bethesda rolled out a new update for Doom Eternal a few days ago. This new update was set to focus on balancing multiplayer components, fixing minor issues in the campaign and introducing the Invasion mode in the single player experience. Ever since the launch of Eternal’s Update 1, there has been a flood of user discontent in the community.

The majority of Doom Eternal community is facing severe game breaking issues and these complaints have only started to be highlighted after the release of Update 1. Many players are experiencing dips in the performance of their game, with massive and unexpected frame rate drop even with a powerful system rig. Reports of the game crashing after a few minutes of launch have also been sighted. Some players are even saying that the game wouldn’t even launch from Steam or the Bethesda Launcher. Those who manage to launch the game are reporting strange phenomenons such as weird enemy AI behaviour, where the demon would get stuck in one place instead of attacking the player. Lack of multiplayer games is also one of the problems, where the players are having trouble finding an online match and when they do find it, the game crashes unexpectedly.

The potential cause for these game breaks is said to be Denuvo. It is an Anti-Cheat system which is heavily despiced in the community since long for being “too invasive”. What that means is that Denuvo has a Kernel mode driver in the Program Files folder with a Ring 0 access to your Operating System. That is the deepest level of access any program can have to your computer. Such an intrusive reach can in theory, compromise your data. 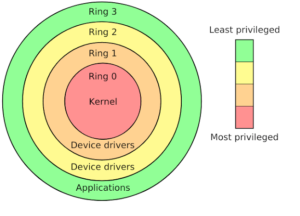 Earlier this month, Valorant’s Anti-Cheat ‘Vanguard’, faced a similar controversy for having Ring 0 access to the OS. Unlike Vanguard, which would launch right from the moment you boot your PC, Denuvo is a little dilute in its approach as it only launches when you boot up your game and terminates along with it. However this does not mean that Kernel based Anti-Cheat systems should become a norm in online multiplayer world. Because of this, Linux based players of Doom Eternal are blocked out because the Kernel level Anti-Cheat doesn’t work on that OS, meaning Linux users cannot launch the game in the first place. 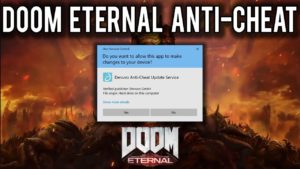 This has caused a massive backlash among fans and people are review bumming the game on Steam. The game rating went from ‘very positive’ to ‘mixed’ in the blink of the eye and lately Bethesda’s Twitter and other social media handles have been filling up with angry fans who are trashing this new update. 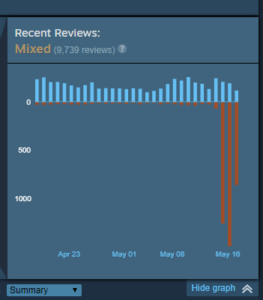 The developers at ID Software are aware of this situation and what’s happening and they are working hard to fix this issue. They have announced a patch that would allow the players to launch the game in offline mode without having to launch Denuvo along with it. Anti-Cheat in online multiplayer games is a necessity nowadays, thus Bethesda and ID had the right direction but fell short in the way of its implementation. The community is displeased with this but that does not provide anyone the right to trash on the hardworking developers of the game as such situations are often caused due to human error accountability. 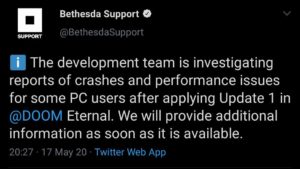 Bethesda and ID has addressed this issue and are working to solve this, so now it’s only a matter of waiting to see what follows.