Coming to the topic, many Destiny 2 players are currently getting Mosquito errors which is indicating “Your permissions to access online multiplayer gameplay may have changed” on Xbox One. Well, if you are getting such error on Xbox One, fret not, as Bungie is aware of this issue.

An official statement regarding this issue has been released by Bungie which can be checked below. Rest assured, we’re keeping a close eye on all related developments, and will update the story with relevant info as and when we come across any. So in case, you’re encountering the issues discussed here, stay tuned for updates. Let us know in the comments section if you are also facing a similar issue. 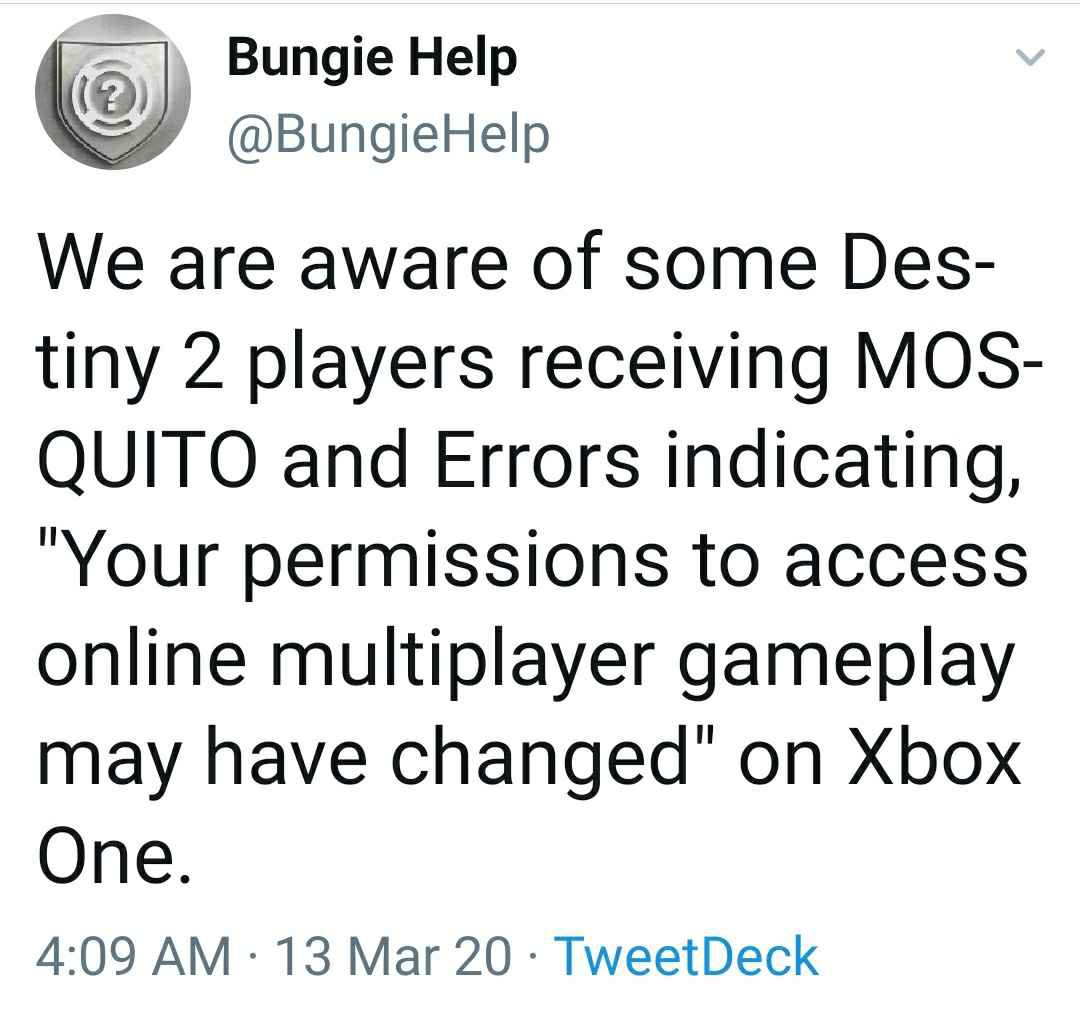