Destiny 2 is one of the most popular games from Bungie, and the game which was released in 2017 is still popular among fans. The reason behind this is the regular addition of new and good content to the game.

Destiny completed its 3rd year in September 2019. Cut to now, Destiny 2 : Forsaken Expansion is not appearing on the EU PlayStation store currently.

Bungie is investigating the issue and their team of engineers is looking to resolve the issue at the earliest. Have a look at the official statement down below. 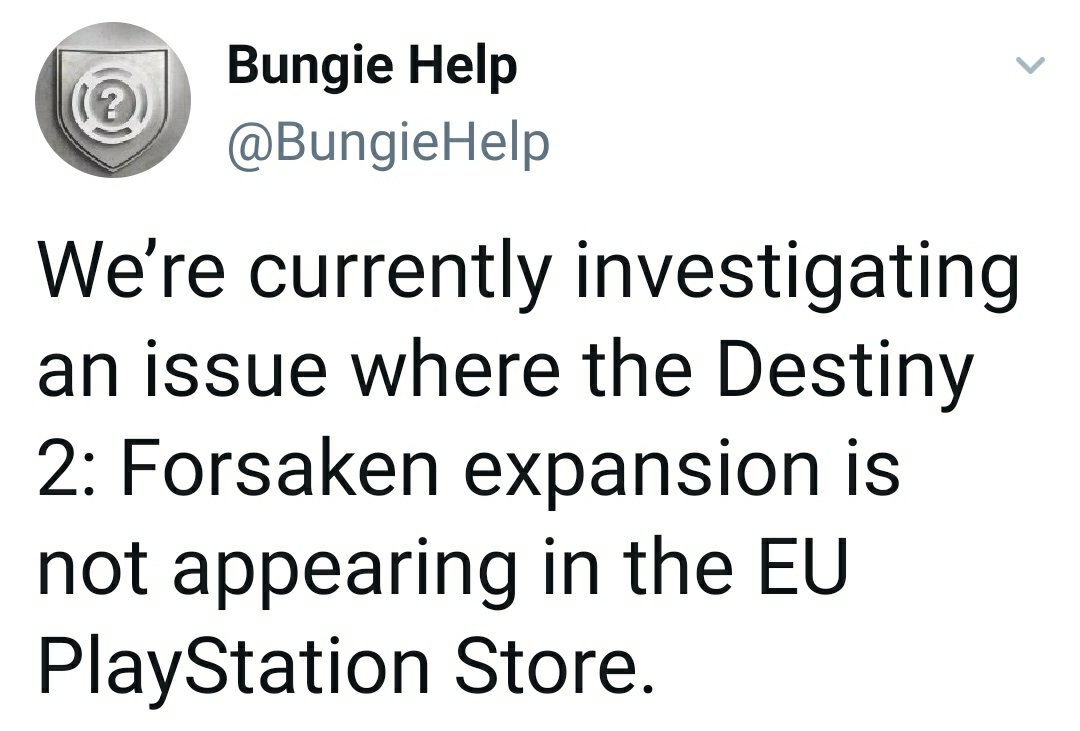 Rest assured, we are keeping a close tab on this matter and whenever the issue will be fixed, we will update the column.

This issue is now resolved and players can now find Destiny 2: Forsaken in the EU PlayStation Store. 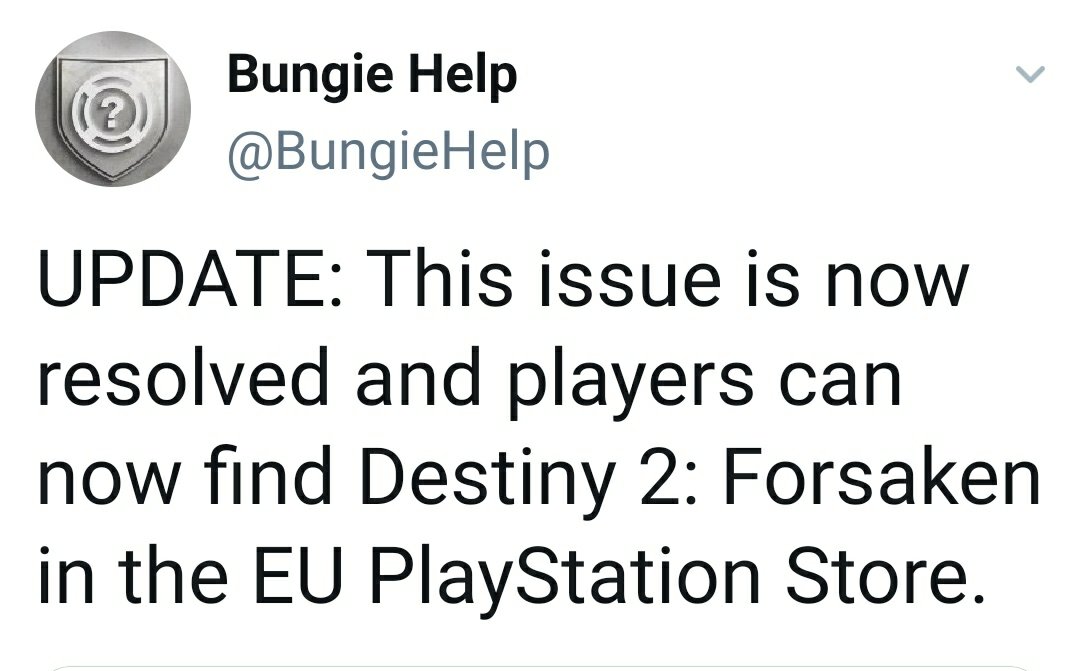