Destiny 2, also known as Destiny 2: New Light is a first-player multiplayer shooting video game that was released and published by Bungie. Initially, it was a pay-to-play game released on Windows, Xbox, and PlayStation, but later on, became free-to-play in October 2019 with the release of the New Light Series. Although this game has become popular among players worldwide, it is enclosed with several errors and bugs. One of them is ‘Error Code Beet’. If you are facing the same error and want to fix it, we have it all covered in this blog! 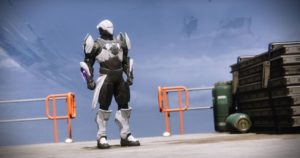 Destiny 2 is a first-person shooter game with role-playing and massively multiplayer online game elements, similar to its predecessor. Guided Games, a more optimal method of matchmaking, allowing players to search for clans in need of additional players for activities like strikes, dungeons, or raids. Destiny 2’s activities are divided into two game types: player versus environment (PvE) and player versus player (PvP).

Each destination also has a free roam patrol mode that includes public events and activities not available in the original. Along with the fourth expansion, a free-to-play re-release of Destiny 2 called New Light was released, which included access to the first two expansions as well.

What is the error code beet in Destiny 2?

After the update in 2021, Destiny 2 has been facing many errors. One of the errors in the game is ‘error code beet’. Players encounter a beet error when they are launched into a private match with a lobby of 12 players. Players who have returned to Orbit from a private match due to this error may re-join the private match in progress by directly joining a participating friend in their roster screen.

Until now, there are 2 established causes for the error, corrupted cache, and outdated drivers.

How to fix the error code beet in Destiny 2?

There are no patch updates for this error until now. However, we have some solutions which will help you fix the error on your system/console.

Corrupted cache causes this error in most consoles and PCs. Here is how you can clear cache:

These methods should help you fix the error. If the error persists, contact customer support of the game.