Bungie’s Destiny 2 is a free-to-play multiplayer first-person shooter video game that is only available online. It was first released in 2017 as a pay-to-play title for the PlayStation 4, Xbox One, and Microsoft Windows platforms. Although this game is played worldwide, it has some errors and glitches which are unexplained. After the 2021 update, Destiny 2 has been facing ‘error code anteater’. If you face the same error and want to fix it, we have a detailed guide on how to fix the error in this blog! 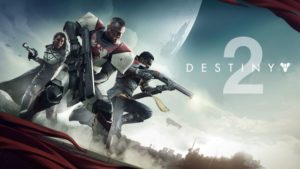 Players take on the role of a Guardian, guardians of Earth’s last safe city, possessing the power of Light to defend humanity against various alien races and combat the looming threat of the Darkness. Like the original Destiny, the game has expansion packs that expand the story and add new content to the game.

The three-character classes in Destiny 2 are the same as in the first game. Each class has its own set of upgrades, perks, and special abilities, as well as three sub-classes that allow players to fine-tune their characters for a unique play style.

What is the error code anteater in Destiny 2?

There are some nerve-wracking errors in Destiny 2, some due to the server issue and others due to an issue from the user’s end.

The anteater error is the result of network problems, either in-house or online. The anteater error code appears in accordance with general network connectivity issues. Packet loss, Wi-Fi issues, or problems with your network hardware or internet service provider are examples. When Destiny 2 servers go down or certain activities are disabled, it also appears.

How to fix error code anteater in Destiny 2?

As this error has so many causes, there is no clear way to fix it. Also, there is no patch update for this error. We have some easy solutions which might help you fix the error from your end.

Method 1 Use a Wired Internet Connection

The Anteater error in Destiny 2 usually means that a network error has occurred.

Method 2 Clear Cache on Your Console or PC

These 2 methods should fix the anteater error in the game. If the error persists, contact the customer support of the game.