Deeeep.io is a fun multiplayer browser game developed by Ouwi. The game is aimed to simulate the ferocious depths of the ocean. The criteria for progressing to a further level is simple – “Survival of the Fittest”. The player has to consume food to evolve. The fun yet challenging part is that one can also consume other players.

The food and other players thus consumed get converted to points. These points will help you in evolving to higher levels in the food chain. The hierarchy of the food chain in Deeeep.io is meticulously designed to tend to the real world. All the animals in the evolution chart can be obtained in-game while progressing. 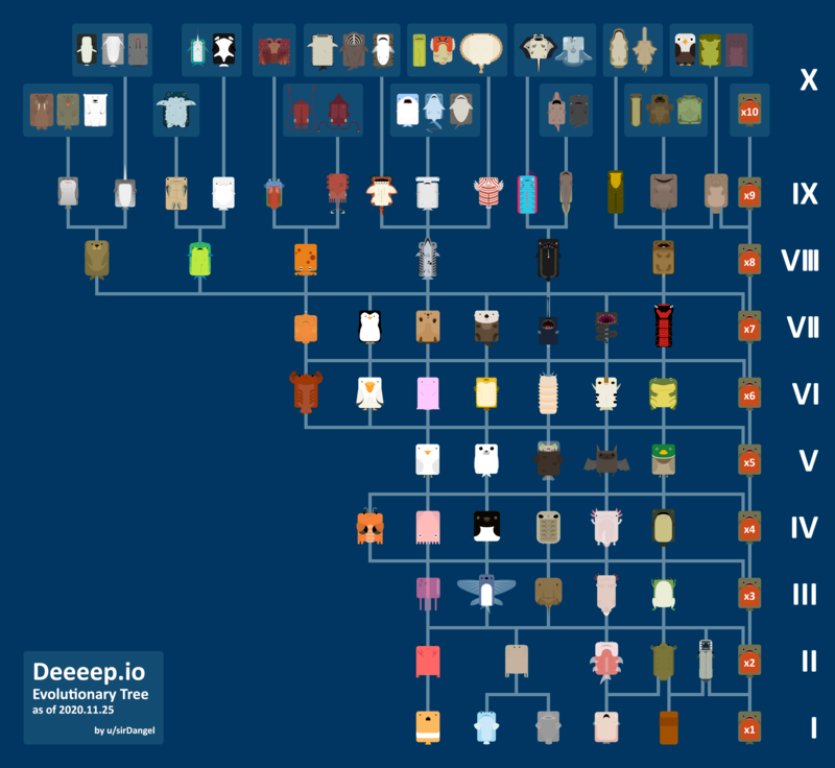 These are some of the aquatic animals from various tiers which can be used by players.

Proceeding to the gameplay, as simple as the concept, the controls too are very easy. The major controls needed for playing the game are

When the character is in water –

When the character is on land –

The game is fun to play but it is blocked by some educational institutions and ISPs. Well, it is understandable that playing video games during school hours is not a good practice to begin with. However, you can play the game via third party proxy websites without any issue. One such website is ioground.com.

The game begins when you enter your name and click on Play. The real-time leaderboard is also displayed to encourage competitive spirit.

I hope this summarizes all there is to know about this fun game and how you can play it. Now, all there is left to do is go and enjoy it with your friends. An exciting journey awaits in the world of Deeeep.io.

Why is Wattpad not working in 2021 : Here’s everything that you should know

Wattpad Search Filters not working : Here’s how to fix it

Wattpad Search Filters not working : Here's how to fix it