Dauntless, an action rpg which has been developed by Phoenix Labs has been scheduled for maintenance. This information has been revealed on the official Twitter account of Dauntless. Have a look at the tweet down below. 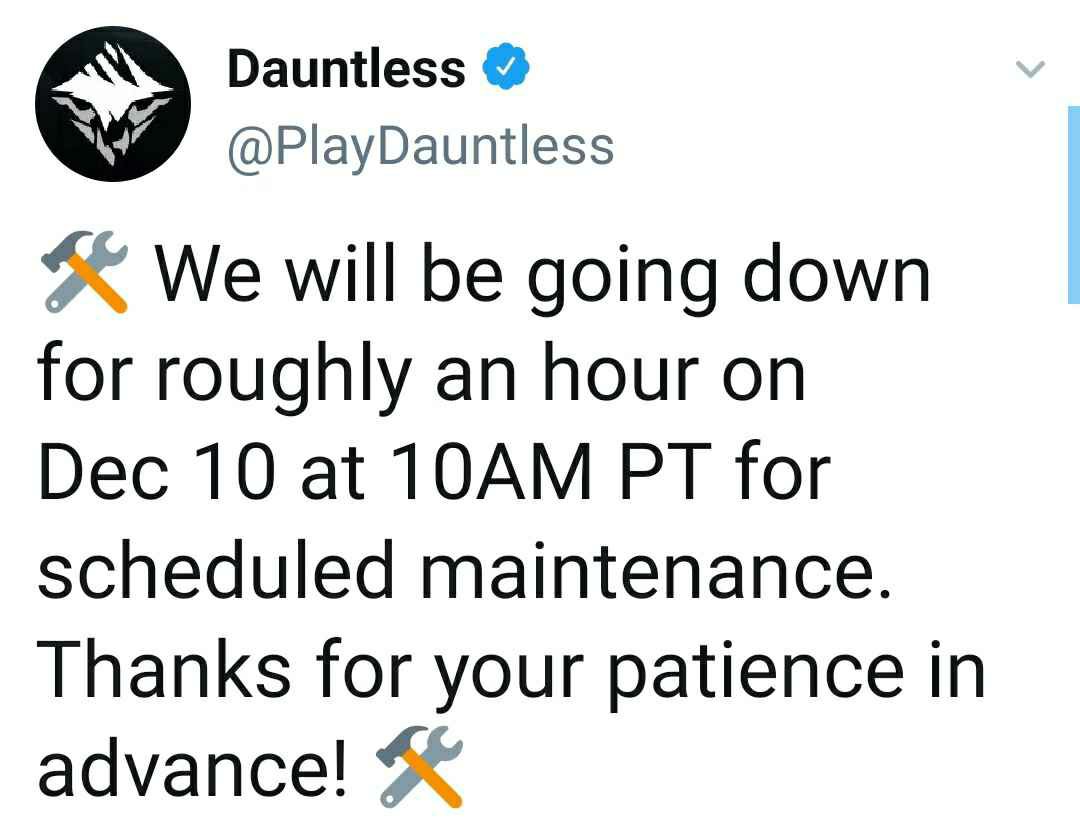 Dauntless maintenance has been scheduled to take place on December 10 at 10 am PT. There is no mention regarding the arrival of any new content with this scheduled maintenance.

For a quick refresher, Dauntless has been set up in a fantasy world, where cataclysmic event has destroyed the world, and has unleashed monstrous creature onto the world which are known as Behemoths.