Cyberpunk’s launch is a massive hit as it broke several records in the Steam Chart in its debut. Although many players did buy the game, some are not willing to spend actual money on a game and that’s totally understandable. So for players who were waiting for the cracked version of Cyberpunk 2077, good news awaits you all.

Yes, the FitGirl repack for Cyberpunk will be out for download. /r CrackWatch, a Reddit page famous for revealing news about game cracks has posted a photo about it. 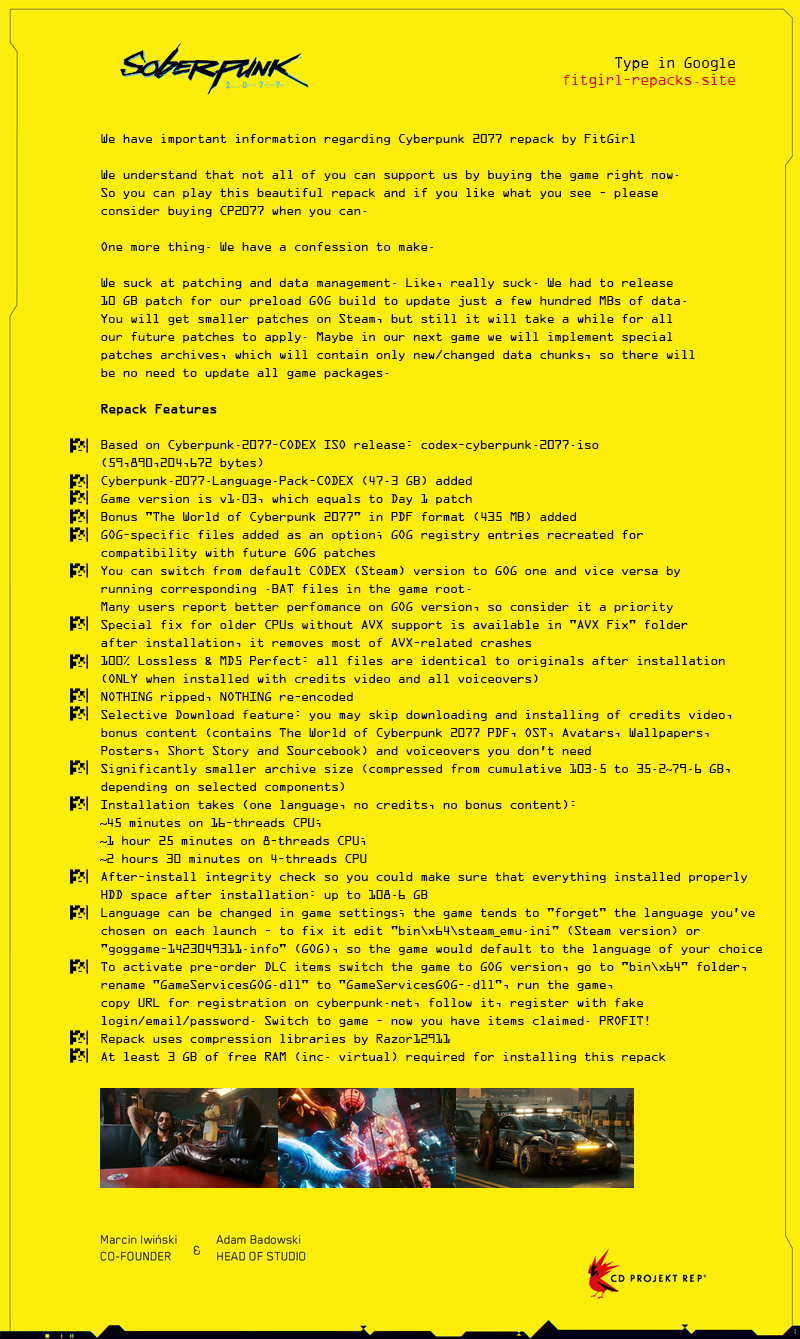 As you can see, FitGirl’s officials have circulated this photo about the availability of Cyberpunk in their new Repack version. They cunningly mocked CD Projekt Red for introducing large size patches on Day 1 of release and for not implementing special archives for patches so that only new content needs to be downloaded through updates and not all the game packages.

The Fitgirl Repack of Cyberpunk contains the following items

The FitGirl Repack of Cyberpunk has the following features-

The FitGirl Repack of Cyberpunk will take anywhere between 45 minutes to 2hours 30minutes time to install depending on the number of cores of your CPU. The higher the cores, the less will be the time taken.

A minimum of 3GB RAM should be free for the installation to take place.

Once installed, run an integrity check to verify if all the files installed are working properly and nothing is corrupted.

Note: We have only shared this news for information purposes, we don’t promote or support any piracy activities.