Cyberpunk 2077 delaying due to poor performance on Xbox One & PS4

Cyberpunk 2077 is one of the most hyped games of 2020. It is being developed by the studio behind the Witcher series, CD PROJECT RED. The game was scheduled to release on April 16, 2020, but now it will release on September 17, 2020, five months later.

In addition to that, some more bad news is coming for the fans. According to Borys Niespielak (Polish Insider), the next-generation consoles are the prime reason for the delay of Cyberpunk 2077. He has revealed this information in a popular Polish Podcast. 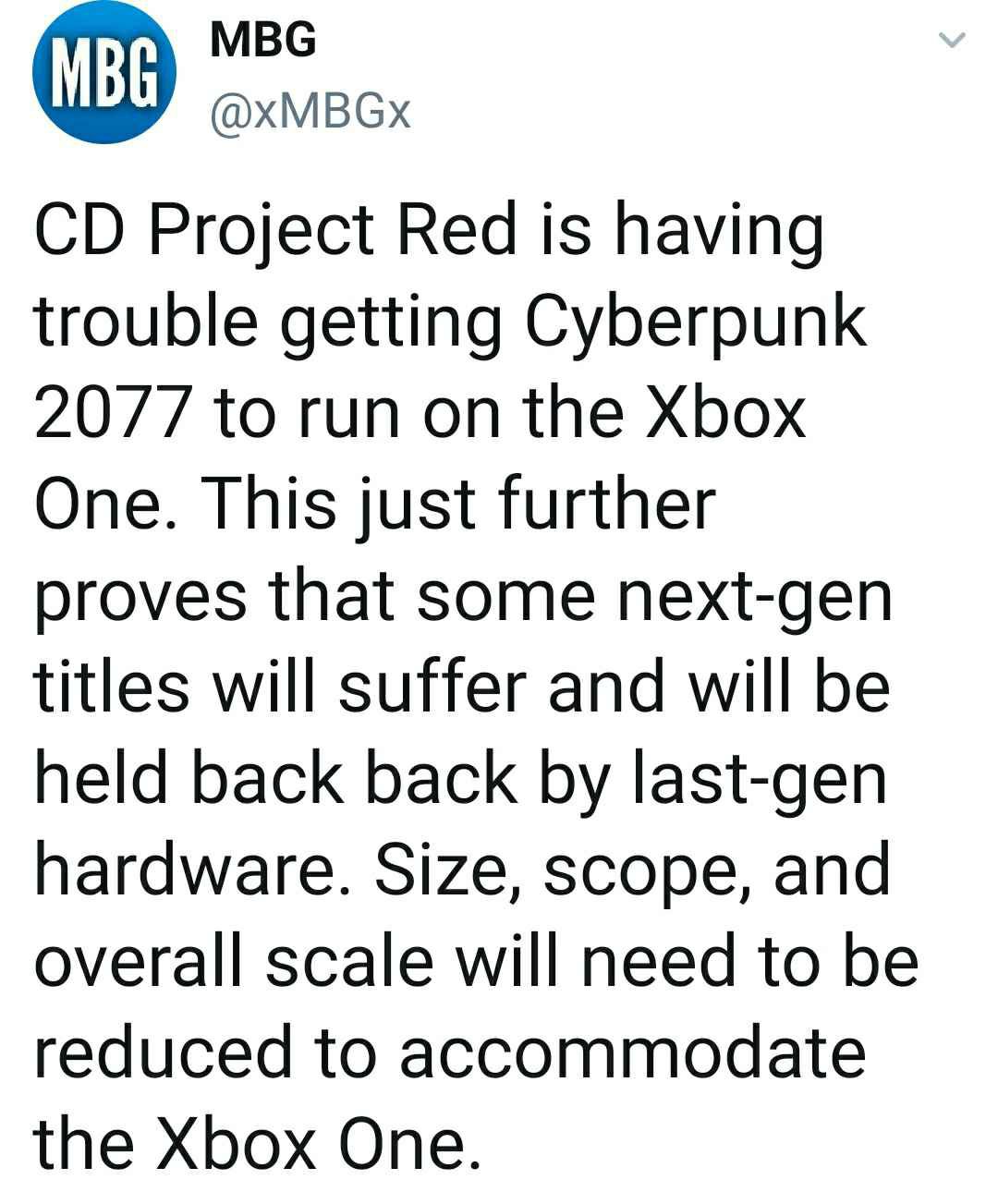 When his words from Podcast were translated from Polish to English, it said the following: Cyberpunk 2077 is running very badly on Xbox One & PS4. However, his words didn’t clarify whether he was talking about base systems or Pro & X too.

However, it is still not unknown, whether this rumor is true or not as one can not authenticate the sayings of Niespielak. We are keeping a close tab on all the developments regarding this matter & whenever any new info will arrive, we will update the post.