About XBOX: Xbox is a video gaming brand created and owned by Microsoft. It represents a series of video game consoles developed by Microsoft, with three consoles released in the sixth, seventh, and eighth generations, respectively. The brand also represents applications (games), streaming services, an online service by the name of Xbox Live, and the development arm by the name of Xbox Game Studios. The brand was first introduced in the United States in November 2001, with the launch of the original Xbox console.

Several Xbox users are reporting about an issue on various social media platforms. According to the users, they are facing problems in downloading the content from the store in Xbox after purchasing.

According to the official statement by Xbox, the reported issue by the users is being checked by the concerned teams.

We understand some of you might be having trouble downloading the content you’ve purchased in the store. Our teams ate actively looking into this issue.

Check out the current status of the Store services. 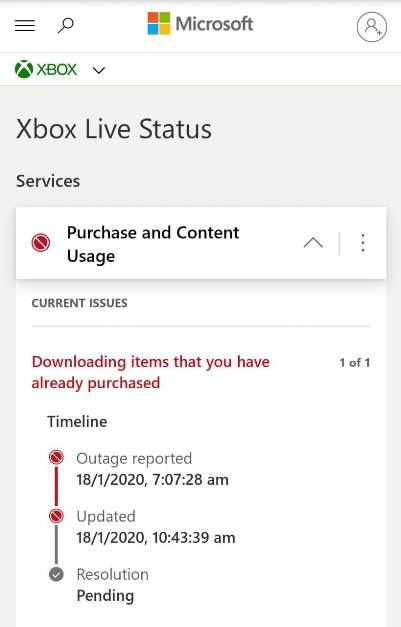 Stay tuned, we will be updating you with the latest service status.