Clash Royale, a freemium real-time strategy video game developed and published by Supercell is scheduled to have a new update today. The latest update to the game is going to bring Clash Royale Season 6 & Christmas festivities.

Speaking of Clash Royale Season 6, It’s the Season of giving! Unlock the free Ice Hut Tower Skin and get the new Battle Healer card level boosted for the whole Season!

It's the Season of giving! Unlock the free Ice Hut Tower Skin and get the new Battle Healer card level boosted for the whole Season!

The game servers are currently under maintenance & will stay down for three hours. Have. look at the official statement below. 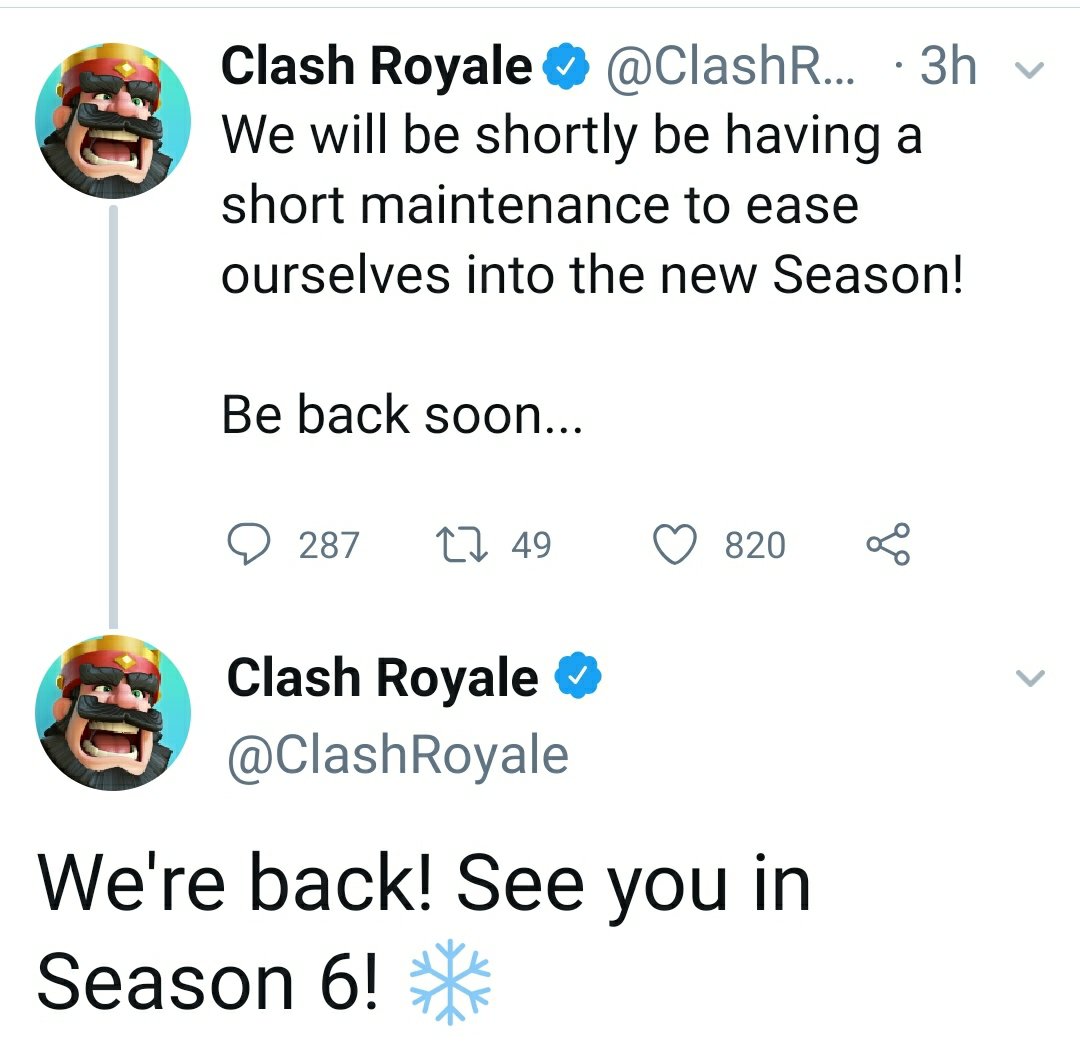 We will update the article whenever the patch notes for Clash Royale Season 6 released.

It’s the Season of giving!
Get a FREE TOWER SKIN and have the new card Battle Healer LEVEL BOOSTED as soon as you unlock her!

This new Rare card costs 4 Elixir, heals friendly Troops when she is attacking, and heals herself passively when she isn’t attacking!

HOW TO UNLOCK BATTLE HEALER!
CHALLENGES

As soon as you unlock Battle Healer, she will be boosted to your King Level for the entirety of Season 6!

NEW: CLASHMAS ARENA
Nestled at the base of Frozen Peak, the Clashmas Arena is a great place to cosy up with friends… AND DESTROY THEM IN ARENA COMBAT!

Keep an eye out for Clashmas Emotes and a special Gingerbread Tower Skin that will be available throughout Season 6!