Chainsaw Man manga has become quite popular with 45 chapters only. It seems everyone is liking the way manga is approaching the story of Denji aka Chainsaw Man.  In the past two chapters, a sudden turnover of the event put Denji in danger.

In chapter 44, we saw Reze tearing Denji’s tongue while kissing and promising him to take his heart. When she tried to explode Denji with her blast devil, Beam saved him. In the end, Beam somehow managed to evade Reze’s attack and escape from the site. In chapter 45, Beam was able to reach the Bearue where everyone was in shock after seeing Denji’ and his condition. Then, Beam revealed Reze as a Bomb, Gun Devil’s ally who was standing near the Bureau’s door. In the end, we saw her ready for launching an explosive attack to blast off everyone while Aki was up to something to counter her. 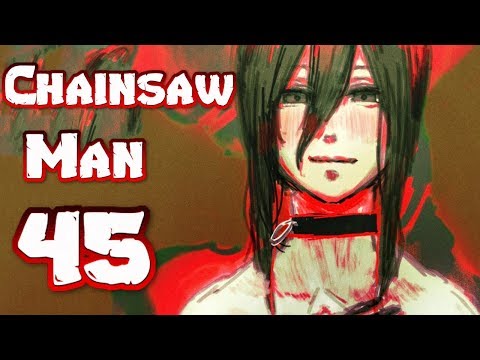 Chainsaw Man chapter 46 is going to be another ride of Bureau as Reze is one of the allies of most powerful Gun Devil who aims for Denji’s heart for some unknown reason. In the next chapter, Reze/ Bomb will try to go after Denji, but Aki, Nomo and Angel will attempt to keep her busy until the arrival of reinforcement.  Everyone in the community is predicting that Beam is possibly going to die, but I think it is too soon for him to die. But, Reze will make sure to finish her task as she must know about reinforcements coming, and possibly Maxima.