CBS All Access or Paramount+, is a very popular subscription video on-demand over-the-top streaming service. CBS All Access is owned and operated by ViacomCBS Streaming. It is a division of ViacomCBS. The platform provides films, dramas, news, cartoons and comedies. It also has a wide range of original content which includes newly aired CBS broadcast properties. It also includes content from the ViacomCBS library. In the United States, a large number of markets offer a live stream of the local CBS affiliate’s main channel.

CBS All Access has around 8 million subscribers since November 5, 2020. The platform was launched on 28th October 2014. It later got rebranded as Paramount+ on 4th March 2021. The rebranding was because of a 2019 re-merger of CBS and Viacom. CBS All Access will soon expand to international markets. The process has started with Latin America and the existing Canadian service on the day when the service got rebranded. The process has been followed by the Nordic countries on 25th March 2021 and will soon start in Australia. 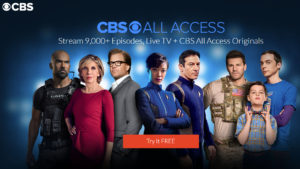 But the app faces some errors at a point of time that becomes a major headache for many users. Users of CBS All Access have recently complained about an issue related to the app. It is being called the Error 1106. Users said that the app is not working because of this error. Users are of the opinion that because of the Error 1106, they have not been able to use the CBS All Access app for many days. Some users said that after they launched the app and were halfway through some content, the app suddenly it stopped working. The Error 1106 then appeared on screen.