[Off. Update] Call of Duty server down, not working? Players report long-waiting time in matchmaking

It looks Call of Duty servers are currently having technical issues. Many Warzone players are reporting issues with the matchmaking. According to the users they are experiencing long waiting-time in the game lobby for matchmaking.

Well, not only Warzone players, but the same issue is being detected when users are trying to enter multiplayer matchmaking in Modern Warfare.

If you are having the same issue with COD, fret not, you are not alone.

Well, Activision has addressed this issue officially. The Twitter handle of Activision Support posted and mentioned the issue with the matchmaking in COD Warzone and Modern Warfare in the tweet.

We're actively investigating an issue where some players are experiencing extended wait times while matchmaking in lobbies. Stay tuned for updates.

After 6 hours of addressing the issue officially, Activision recently posted another update on the server issue reports.

The official Twitter handle of Activision Support posted and mentioned that a fix to the issue, which made users wait for a longer time than usual for the matchmaking, has rolled out and the issue is resolved. 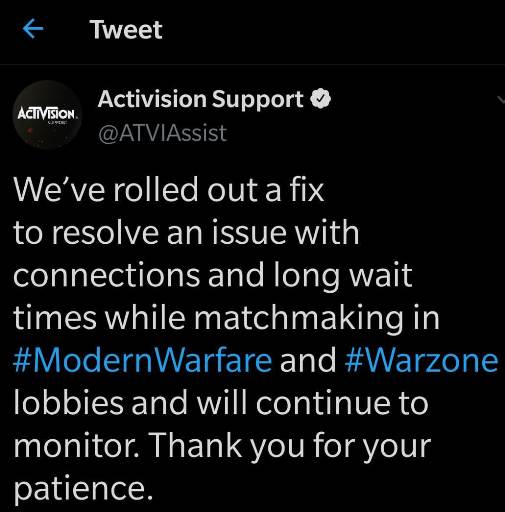 Well, Activision says the issues with servers are resolved but it looks users are still facing the same issues.

Take a look at the comments section of the update posted by Activision Support. The very first comment, which was posted on around 8 PM PT, suggests that some users are still experiencing long waiting times in matchmaking. And talking about the in-game voice chat issue, it’s still there. 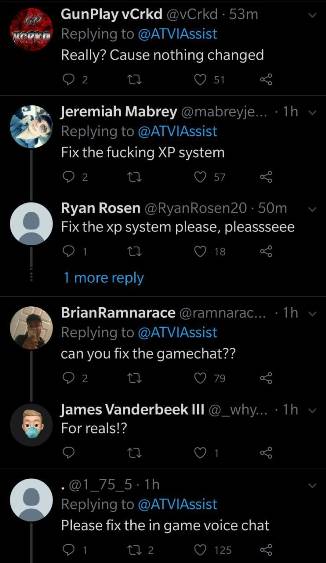 Do let us know in the comments section below if you are still facing any issues with the game servers.

Also, stay tuned, we will keep you updated with the latest related news and updates.