No matter how many times, Infinity Ward and Activision try to hide info on battle royale mode for Modern Warfare, leakers always make their way through newly update files and reveal more information. According to the leakers, the model is known as Warzone. With the release of season 2 in Modern Warfare, multiple data miners and leakers also did spark the release of the mode with new clues and hints. The teaser appeared in-game also pointed toward a potential release date and location of the Warzone.

A few days ago, multiple leakers revealed Call of Duty Modern Warfare Warzone dropping on March 10, 2020, with the following features:

While there is no official announcement has been made from the side of Activision or Infinity Ward, YouTuber Chaos seems to confirmed the leaks and uploaded an 11-minute gameplay video of Warzone. 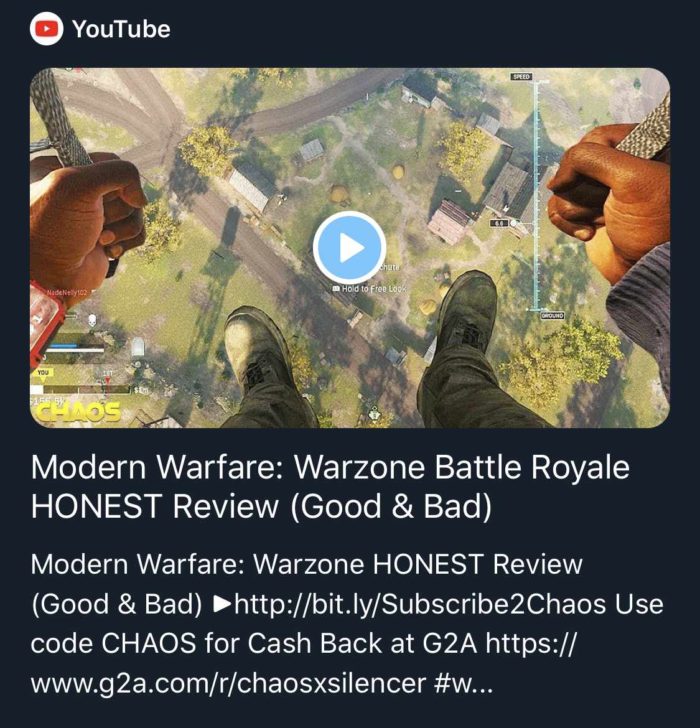 The video was uploaded on March 8, but it was quickly removed. The YouTuber recorded the gameplay when he attended Infinity Ward’s studio to test the game. Now, what Activision will do with him its unknown, but Twitch has also jumped the gun, and uploaded the number of Ads mentioning the Warzone. The Ads show various arts of the mode encouraging the players to join now.

BREAKING: Advertisements for Call of Duty: #Warzone have began to appear on Twitch!https://t.co/pELCgxgPwQ pic.twitter.com/1oBZqmiFtU

Activision has yet to respond about the YouTuber’s video and Twitch ads. We won’t be surprised if Activision releases the Warzone in a day or two, as the damage by the leaks has been done.