Brooklyn Nine-Nine is an American Police procedural comedy show which is created by Dan Goor and Michael Schur. The storyline of this series mostly revolves around one person and his name is Jake Peralta, who is shown little immature in the show but he is a very talented NYPD detective in Brooklyn’s fictional 99th precinct. He often comes into conflict with his new commanding officer and captain Raymond Holt.

Being an interesting detective show it is gaining lots of appreciation from the viewers. People are loving the show and showing keen interest in it. That is why it has reached out with six seasons and the seventh one is on air. And according to the ratings people have given their votes as 4.4 out of 5, which is quite commendable. Even the stars who play the roles of the main leads are quite happy with the storyline of the show and are working hard to give their best shots.

The episode is going to air on 13th February 2020. The running time of the show is 25 mins. The episode is named “Pimemento“. This season will have 13 episodes in total which will air every Thursday on NBC channel.

In the promo, it is shown that Adrian Pimento shows up unexpectedly in front of Jake and Charles and asks for their help by stating the reason that someone is after him and wants to kill him. And the rest of the squad endures a workplace conflict seminar. 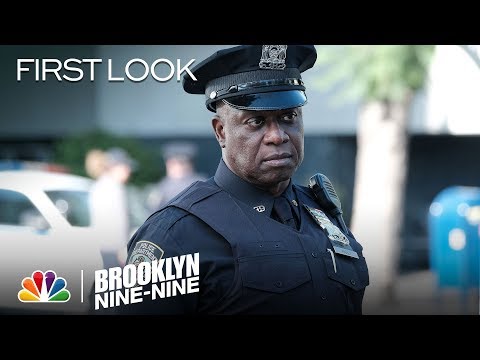