Brawlhalla Season 3 Battle Pass, Rewards & Everything that should know

2021 marks the beginning of a new season in Brawlhalla

2021 has come with new developments in the gaming industry. From the releases of great new games to promised updates to Multiplayers. One of these games include Blue Mammoth’s famous creation, Brawlhalla! As Season 3 Battle Pass updates have begun rolling out, and here’s what we know: 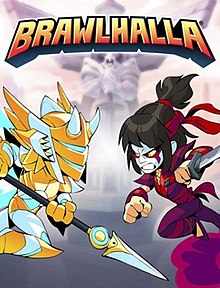 Blue Mammoth’s Brawlhalla is a 2D fighting game that has been deployed across several platforms like Microsoft Windows, macOS, PlayStation 4, Xbox One, Nintendo Switch, Android, and iOS. Developed by Blue Mammoth Games, the game features full cross play across the various platforms it supports.

Brawlhalla Season 3 Battle Pass allows players to collect Battle Gems along the way as complete missions, all the while allowing previous missions to be completed. Brawlhalla announced the release of it’s brand new Battle Pass Season on Twitch recently. They were seen tweeting about the stream when the pass was scheduled to release.

Just TEN MORE MINUTES until we reveal the new Battle Pass in full! Get in here!https://t.co/VQfrHv3S7i pic.twitter.com/GJl1ixJkkN

The newest Brawlhalla Battle Pass, which is for Season 3, comes with several goodies! The exclusive rewards can be found on their dedicated site, and include the following features:

This Battle Pass will  feature:

This third Battle Pass season will also feature 85 tiers of new exclusive rewards, which are unlockable by playing Brawlhalla and completing various missions. All players will now have access to the Weekly Missions, through which they can unlock new items. Other features are yet to be revealed. The Battle Pass season 3 will last 12 weeks.

Players will also have the ability to unlock the Gold track through which they can immediately unlock some exclusive items, including the newest Progression Skin and Podium. Unlocking the Gold track also allows players to use boosters, including an increase to the initial BP XP booster, that will help them level up through the Battle Pass faster and for more rewards.

The Georgia based Game Developer released a Youtube trailer with details regarding the newest Battle Pass Season.

The game servers have gone down to accommodate the release of the Battle Pass Season 3 update.

Servers are down so we can send out the Battle Pass Season 3 update! Thank you for your continued patience🙏

Genshin Impact Mods : Are They Available ?