Borderlands 3 has become one of the fastest-selling game in 2K history. The game was released on September 13, 2019. It has been developed by Gearbox Software & has been published by 2K Games.

Borderlands 3 is currently one of the best shooting games that is available in the market. The game be enjoyed both in single-player & multiplayer mode & it is available on PC, Xbox One X & PS4 platform.

Borderlands 3 is exclusively available on Epic Games Store until 2020. The game follows the story of Vault Hunters who have regrouped on the call of Crimson Raiders and arrives at Pandora.

Borderlands 3 has introduced four new characters to the game including: Amara, FL4K, MOZE, and ZANE. While completing in-game missions players can get rewards including items, money, cosmetics, and experience. Cut to now, Shift codes are quite popular for Borderlands 3.Well, Randy Pitchford (CEO of Gear Box Software) has shared a shit code for a Golden Key which will stay active until 10 am Friday CST. Have a look at the Shit code down below which will stay active until 10 am CST.

Redeem in game or via https://t.co/qeoZfch3Wu – Collect Golden Keys from in-game mail in the “Social” menu. Happy Vault Hunting! 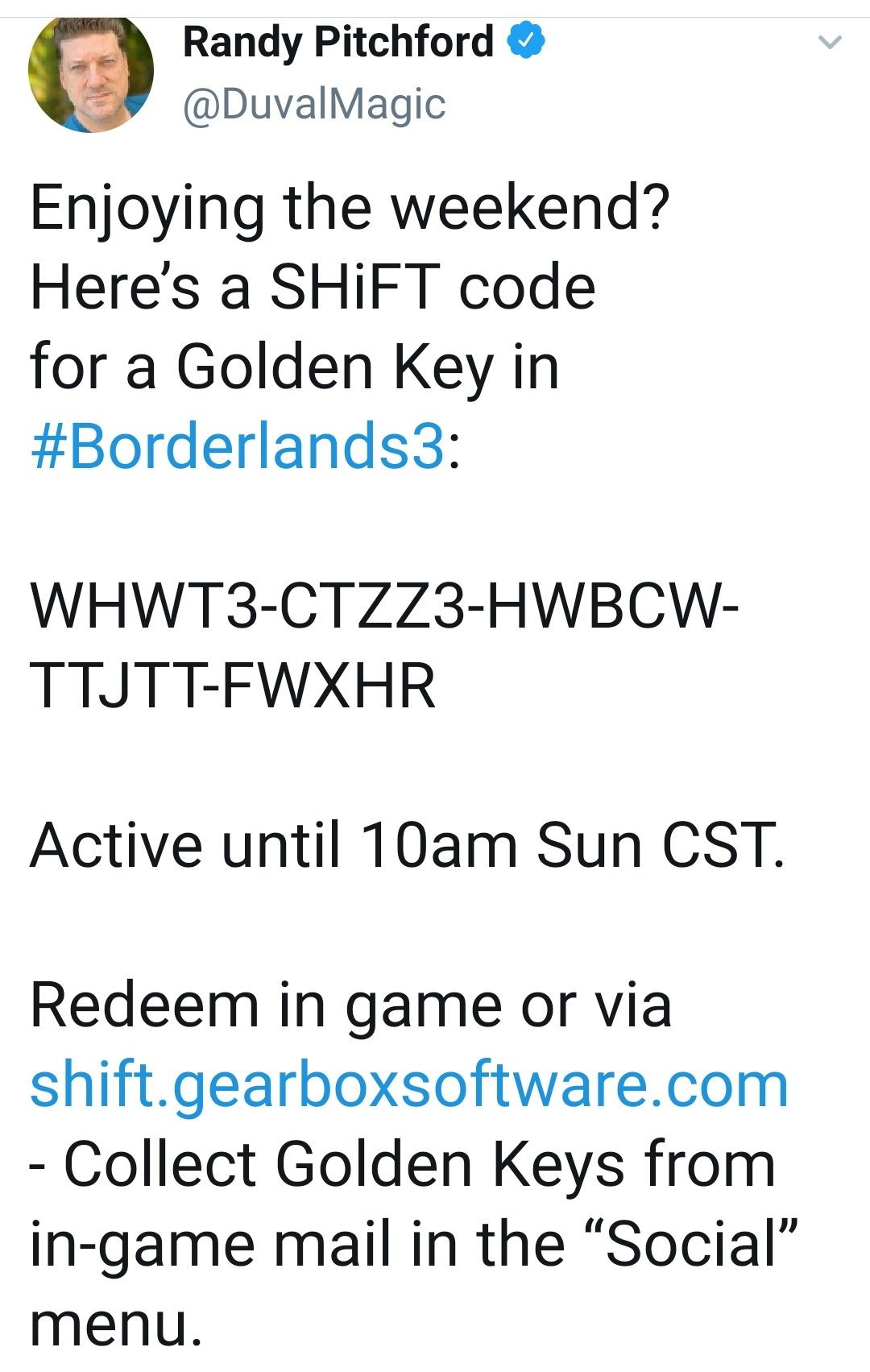 PES 2020 Ranking Screen issue will be fixed on this date

Instagram down : News Feed & Stories not working for many users | Server status & other info

Instagram down : News Feed & Stories not working for many users | Server status & other info