Blacktail Ultrawide Support: Is it available?

Although Ultrawide monitors are becoming quite common these days, a lot of games do not support them. Naturally, folks who wish to get Blacktail are wondering if they will be able to play the game properly on their widescreen displays. This is a genuine query because if a game doesn’t support these displays, then it drastically breaks the immersion. You will get black bars in all the corners. This will be a permanent thing throughout the gameplay. So, it is better to learn everything about the game before you make the final purchase. Below, we will tell you if 21:9 or 32:9 ultrawide displays are supported by Blacktail.

Blacktail is a beautiful game about a girl(Baba Yaga) who gets falsely accused of witchcraft and exiled from her home. Now, you need the wander the lands, learn new skills, and survive. There will be a lot of crafting and grinding as the game has RPG elements blended into it. The combat in Blacktail is also quite spectacular. The archery mixed with magic mechanics and other gameplay elements is really impressive. Now, although a lot of players have tested the game on their ultrawide monitors, the response has been kind of mixed. So, we are going to clear up all your confusion.

| Also read: How long will it take for you to beat Blacktail? 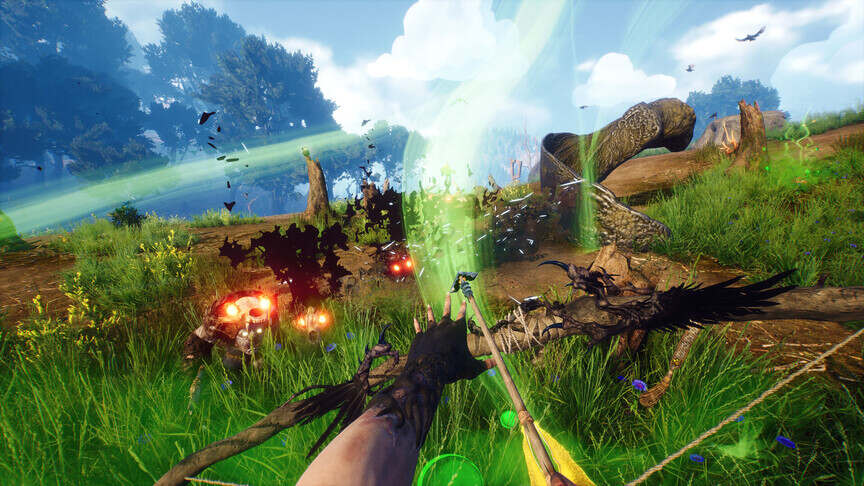 Blacktail Ultrawide Support: Is it available?

According to one of the moderators on Blacktail’s Steam forum, Blacktail supports the 21:9 aspect ratio. Even in this, the cutscenes will however run at 16:9. As we mentioned before, a couple of players have tried playing the game on their large ultrawide monitors and the results are quite mixed. While a few of them had no issues running the game, others claimed that the game has black bars in all the corners. Apparently, the game even has the option to run it in 5120*1440 resolution. But, even after enabling it, the cutscenes and gameplay run at lower resolutions.

Blacktail is a beautiful video game with great visuals. So, people would love to play it on their high-resolution ultrawide displays. Unfortunately, you might face black bars while running the game on your ultrawide monitor. Players have reported that some scenes run in a window box. This completely ruins the whole experience. But, since an official source claimed that the game is only capable of running at 21:9 and cinematics at 16:9, players shouldn’t expect a completely glitch-free experience while playing on a higher-resolution ultrawide display. We will update the article if more information is provided by the official sources. Till then, stay tuned to Digi Statement, and happy gaming.

Pokemon Scarlet & Violet (SV): How to get Hyper Potion

Pokemon Scarlet & Violet (SV): How to get Hyper Potion