Well, the wait is over as the highly anticipated Battlegrounds Mobile India’s Pre-Registration has begun. More details will be revealed in this article. Here’s everything you need to know. 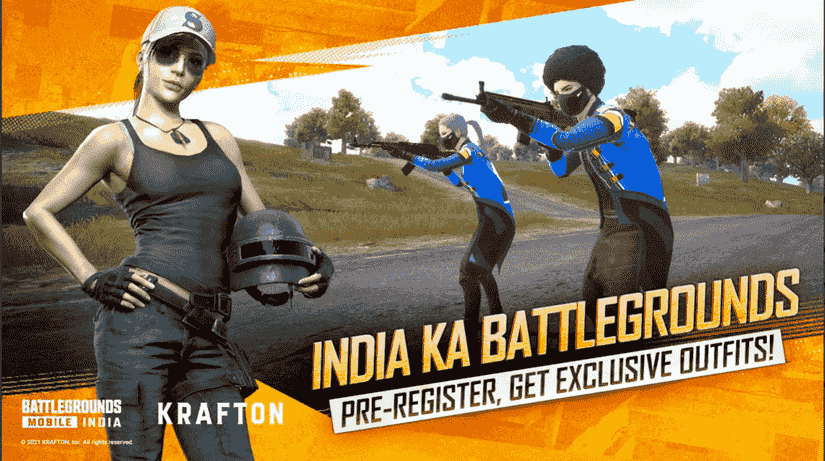 It features similar mechanics and gameplay like PUBG where multiple players employ strategies to fight and be the last man standing on the battlegrounds. A free-to-play, multiplayer experience, in BATTLEGROUNDS MOBILE INDIA, players can battle it out in diverse game modes which can be squad-based or even one-on-one.

The game that almost every Indian gamer has been waiting for quite a long time has finally been up for pre-registration in the Google Play Store. However, that too comes with 4 exclusive pre-registration rewards which include – the Recon Mask, the Recon Outfit, Celebration Expert Title, and 300 AG! So, these rewards are exclusively for fans who pre-register the game.

The most important factor in this release is that the game is exclusively made for India and will feature India-specific in-game events, outfits, and features along with its own ecosystem of e-sports with consistent streams of tournaments and leagues. Also, get ready to watch your favorite streamer playing Battlegrounds Mobile India just like in the old days.

As of now, only pre-registrations have begun and no information about the actual release date of the game has been confirmed yet. However, rumors have it that the game is going to be released somewhere in June 2021, roughly a month after pre-registrations. So, there you have it. After a year-long wait, finally, every Indian gamer can now enjoy the beloved Battle-royale which they badly missed.

Roblox New Promo Codes for May 2021 : Check the list here