Feeling tired of the same old PS series and the Xbox series? Let’s face the fact that despite Sony’s and Microsoft’s best attempts to keep their audience hooked to their individual platform, neither the ps5 nor the Xbox series x succeeded in incurring a sense of long-awaited satisfaction among its users. With the throne of best gaming console starting to shake up and the audience hinting at their intention to end the monopoly of Microsoft and Sony, Atari VCS just couldn’t find better timing to set up speculation of a possible return.

Much in contrast to the previous edition of Atari 2066, this new edition of this game tech company is planning on releasing a hybrid of PC and a console, which conceptually sounds exciting enough. In an attempt to lure the gaming community, this time not only can you play more than 100 home and arcade classic Atari games but will also be able to stream your favorite shows in 4K and even boot your system into PC mode and install an OS of your choice. These features are absolutely impossible to find in the gaming consoles available. 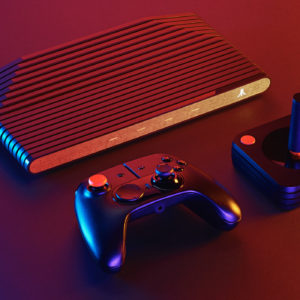 After the devastating flop of jaguar 1993 hardware from this company, Atari VCS seems to be a great attempt for a comeback. Moreover, the nostalgia associated with previous versions of atari consoles will also prove to be a key to tempt the gamers for taking a chance with the new version.

Time of release?: the version of atari black was teased back in 2017

Along with the above-mentioned retro games, this console can act like an actual fully functioning PC which ensures it can run your favorite PC games along with carrying out other PC functions like running apps, emails, browsing, and much more.

Check out the following link to get more info and pre-order Atari VCS:  https://atarivcs.com/