Among us the series on Disney XD : Is it coming ?

There have been rumors floating around that there may be an Among us series released on Disney XD.

Disney XD is an American television channel owned by Disney, various popular shows have been streamed through Disney XD over the years.

What is Among us?

Among us is a multiplayer game that sets you on a crew ship where you have to work as a team or betray the team.

Play with 4-15 players, trying to keep your ship running by completing various tasks but you have to be careful of an alien imposter that is killing your crew members one by one.

No one is allowed to communicate in the game until a meeting is called to discuss who might the impostor be.

The impostor’s role is to kill each crew member without getting caught, hence they have to act as if they aren’t the one to blame.

The game rose to popularity among friends during the lockdown in most countries due to coronavirus, as it was also a simple and fun game that everyone could play and have a good time in, all it required was a phone and internet connection and players could have interesting situations and gameplay for hours. 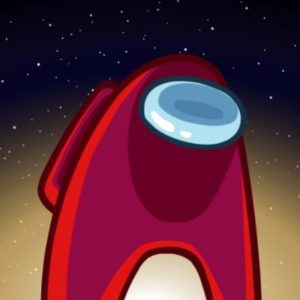 Will there be an Among Us series?

A possible Among Us series in collaboration with DisneyXD has been rumored to come out sometime in October. However, the tweets many referenced were by an unofficial Disney XD account, an account that has since been deleted.

You asked for it.
Among Us: The Series is coming to Disney+! pic.twitter.com/nPTbZjHKyw

The tweet, though not factual information, was met with quite mixed reaction from fans. Many were ecstatic about it but at the same time, many stated that nobody wants or asked for this series.

However, the official Disney XD Twitter account has not made any statements regarding an Among us series coming to its channel any time soon.

This tweet by user @DisneyDXD was most likely a joke that was misinterpreted by Twitter users to be real and factual information.

We cannot say for sure whether there will ever be an among us series released on any streaming service.

Roblox: How to get free Robux in August 2021

Roblox: How to get free Robux in August 2021