Among Us Kraken Mode : What is it ?

Among Us is a really fun game that we ought to play with our friends. The game allows us to taste the role of the detective and suspects in its story. There are majorly two roles in Among Us, i.e., Crewmates and Imposters. Four to ten players can play this game at once with one to three imposters among them and the rest are crewmates. This game is the best when played with voice chat. Among Us has also witnessed some mods, by which we can experience other variety of stories in it. Some of the famous mods that Among Us has witnessed are: Proximity Chat, Jester Role, Snitch Role, Sheriff Role, Doctor Role, Floor Is Lava, Infected: Imposter Zombies, Character Skins, Drag Bodies, 100 Players, etc. There is one more mod that has released lately. This mod has made really hard for the crewmates to find the imposter. Here is everything you need to know.

Among Us: Kraken Mod

In this mod, the imposter is known as Kraken. Like you know, this kraken is also a dangerous killer present inside the game. When there comes the time for the imposter, or say kraken to kill someone, he can disappear by spreading a watery type of ink around an area in the map. In this area, the imposter is invisible and on the other side, the speed of the crewmates gets slowed down in that particular inked area. So, it gets very easy for the imposter to kill the crewmates after activating that area. When kraken gets outside of this watery area, he gets visible in the form of kraken only. 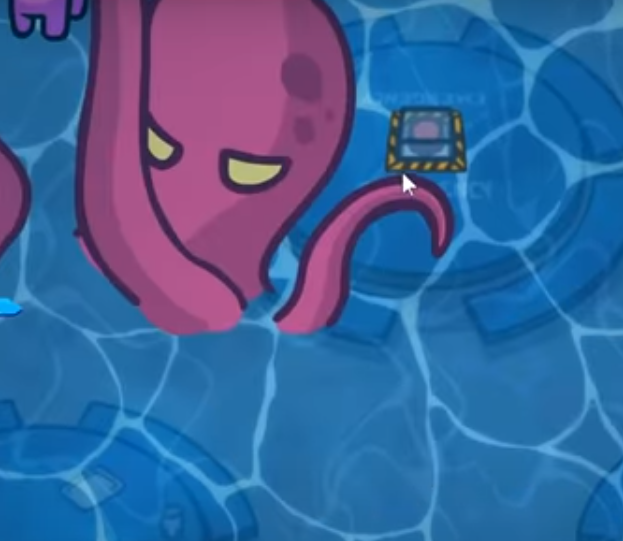 The method of killing in this mod is a different ball game altogether. The imposter turns into kraken after he spreads the ink. Instead of stabbing one of the crewmates, in this mod, the kraken happens to drown one of the crewmates in that watery ink. The dangerous kraken is visible to other crewmates (if they are closer to the dying crewmates). It becomes really very difficult for the crewmates to suspect the real imposter as it can go invisible for killing anytime on the whole map. You are definitely going to enjoy this one.