Adopt Me is going to introduce some amazing new pets in the summer update of 2021. Read this full article to know more about these pets and the expected release dates.

Adopt Me is a multiplayer role-playing game at Roblox. The game revolves around adopting some cute virtual pets in the virtual world of the game. As Roblox is a gaming platform that is developed for kids of all age groups, this game is one of the most popular games that Roblox has published. The pets can also be traded with other players in the game.

There are numerous pets in the game that are divided into some categories based on their rarity. The pets are categorized under common, uncommon, rare, ultra-rare, and legendary categories. The official good news is here for Adopt Me fans. This summer update is going to introduce some cool pets in Adopt Me. The official Twitter account of Adopt Me (@PlayAdoptMe) published a polling post on Twitter asking about several pets that can be added to the game. That post included the following pets: 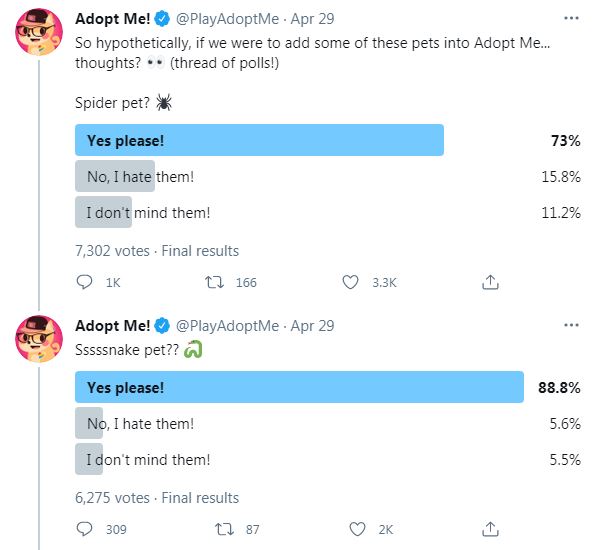 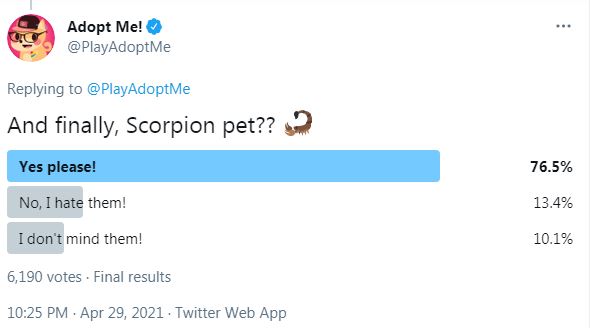 The official release date of the update that will contain is not officially released yet, but there is no harm in predicting. So, according to the previous updates that we have seen from Adopt Me, it is expected that the summer update is going to arrive in June or July. Also, when last time Adopt Me added a polling post on Twitter that asked about the introduction of Ocean Egg in the game, the update came after two months. The poll regarding Snake Pet was posted on April 29, 2021. Therefore, we can expect that the update will be coming within two months.