by Ved Prakash
in Technology

If you searching for a launcher app, and if you are bored with your smartphone’s current user interface, don’t worry, you are not the only one. If you are an Android user, you might have come across a number of launcher apps in the Play Store. It becomes really hard to try them all, and also, most of them are good for nothing, shows ads, and offer almost no customization features. We have searched some of these popular apps and finally came across with the launcher app called Action Launcher. The app is small in size and available for free on Android. We have explained the reasons for selecting the app, and here’s our Action Launcher App Review.

Action Launcher is free to use app which is available on Android platform. The app is quite popular with more than 5 million downloads. It is basically a pixel launcher, which brings tons of customization options to the user. The app comes with a lot of features packed in a smaller size, and can be used in a device with lower specifications too. And this particular feature makes it the best of all apps. Also, the app offers a lot of things which we will cover in the further section. 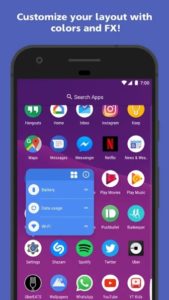 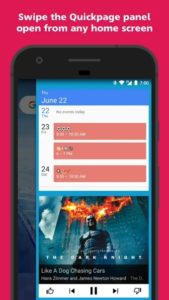 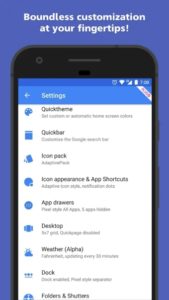 The Action Launcher App comes with a long list of features and customization options, which is really amazing. Some features are really amazing and useful, whereas, some of them are just add-ons. Here, below, we have listed down the features, we liked the most and our views on the same.

First of all, we will be talking about the most important feature, that is, the user interface of the app. This is probably the only reason why you would like to install a new launcher app on your device. We must say, the user interface and design of the Action Launcher app is really attractive. The default app user interface is the same as in the stock Android Pie and Android Oreo devices. Features like app design, dock design are the same as in the Pixel launcher, and overall it looks just awesome. 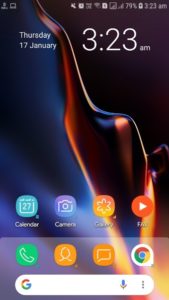 App drawer in Action launcher looks same as in Pixel launcher and works pretty good. By default, the apps regroup in the tray according to the App Name. At the top, you can see the most used apps tag, which is really handy. Also, you get the option to sort the apps according to the Install Time, and Most Used tags. Apps can be bound in the folders easily, and grids can be customized. Other special feature in Action launcher includes the Hide Apps feature, where you can hide the app appearance in the app tray. 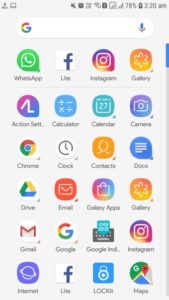 The Action Launcher comes with a long list of features, and most of them are related to the design and customization. Even the app sports loads of stuff, it works flawlessly. The app is well optimized even for the low-end devices, and this makes it really great. And you will agree with this point, after experiencing the app once. The app optimization is up to the point, and we haven’t faced any type of lag in operating it, no abnormalities were seen in the behavior of system apps as well. We won’t say that the Action launcher makes your device faster, but installing it won’t be a burden over the CPU. On testing, we found that Action launcher app consumes 87 MB of RAM in 3 hours on average, which won’t cause any mess.

The ideal launcher app allows the user to customize the launcher accordingly as much as possible. And especially in this section, Action launcher tops the charts. Action launcher features an Action Setting app, which allows customization of almost everything visible to you on the screen.

You can easily change app icon size and icon background. Also the app supports third-party icon packs like other launcher apps. Not only this, the Action launcher supports customization for little details too, like the app icon shape, badges type, font and many more; you will surely like this feature, if you observe these minute details.

And we are done here, there is a long list of the details that can be customized in the Action launcher. Believe it or not, no other launcher app allows this much customization accessibility to the user for free.

The launcher comes with Dock and Quick Search Bar, as in the Pixel launcher, and can be customized easily. The transparency, color, can be changed; even the curve size can be changed. Similarly, the color, tint effect of the dock can be changed easily. Crazy! Right? 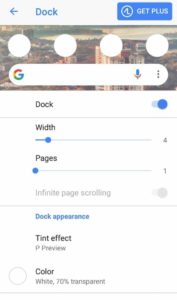 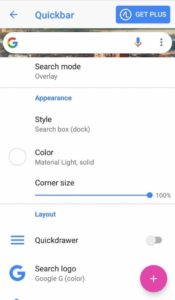 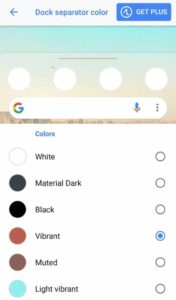 If you are one of them, who loves to customize every single detail in the appearance of the UI, you will surely like Action Launcher.

Overall, the Action launcher app is the best. You won’t find any other app to support this much of feature and customization. But all the features and customization options are not free. There is a paid version of the app, which unlocks more optimization features. Other than this, there no major issue in the app.

The customizing features available for free are more than enough. And makes Action Launcher, our favorite launcher app. If you really love creating the interface of your choice, Action Launcher is for you.